Costa Rica International Academy was founded as a private, English-language, co-educational, non-sectarian school. The purposes and standards of the school are comparable to selective U.S. independent and college-preparatory schools.

The School was founded in 2000 in a small facility near Flamingo Beach. In 2002, the School moved to a property with a near-finished building on the road between Huacas and Brasilito, near Reserva Conchal and the current Westin Resort. The building was remodeled, and a covered gym, pool, athletic field, staff housing and a cafeteria were built.

In 2004, a new high school building with classrooms, science lab, library, computer lab and administrative offices were built. By August of 2007, the school completed a new elementary and early childhood building of 16 classrooms, administrative offices, and a new multifunctional cafeteria/auditorium. Since its founding, CRIA has grown from 40 students to nearly 350.

CRIA is recognized throughout Costa Rica and international university admissions officers for the academic excellence demanded of its students, its college preparatory program, the depth and range of its academic and co-curricular programs, and the quality and dedication of its faculty. Classes are small, averaging 18 students in the primary and 22 students in the secondary. An experienced faculty drawn from the United States, Costa Rica and other countries is guided by a teaching philosophy that challenges and supports students to be independent learners and thoughtful citizens.

CRIA is accredited by the Middle States Association of Colleges and Schools (MSA) and by the Costa Rican Ministry of Education (MEP). The school offers a U.S. high school diploma and a range of Advanced Placement (AP) courses. In addition, CRIA has an excellent track record of preparing students for top Costa Rican universities.
CRIA respects all creeds, religions, and points of view. The school does not undertake religious instruction nor blend secular and sectarian education. At the same time, moral values and spiritual issues have a place in the educational process. Values such as fairness, justice, compassion, honesty, and the Golden Rule are taught without a religious label. Faculty and staff conduct reflect these values and serve as models for the students. 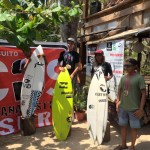 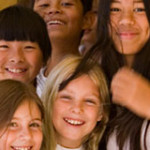 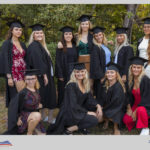