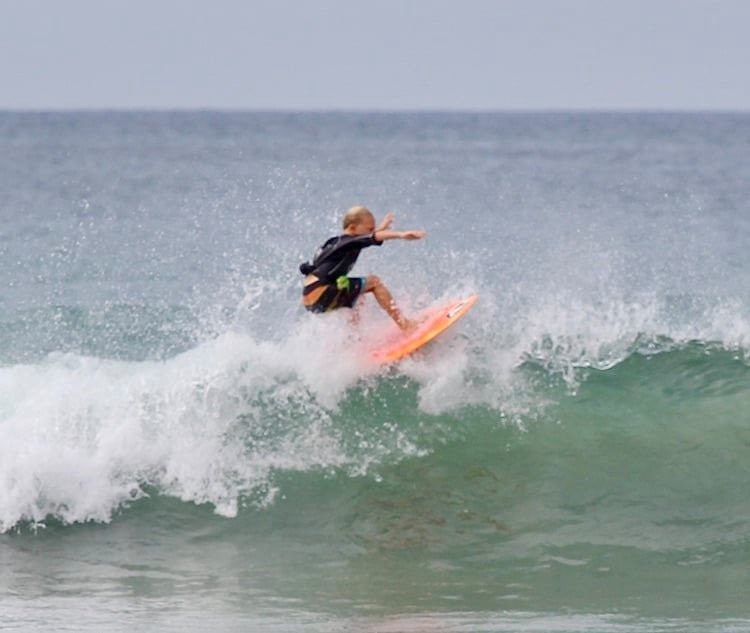 There is so much to love about where we live: Guanacaste’s Gold Coast, where your days are defined by outdoor explorations, warm sun, and crashing waves. It’s paradise on earth and yet, sometimes you want to get out and discover all the many other Costa Rica destinations, near and far(ish), that we can so easily visit – especially during our summer vacation!

Because there’s so much diversity and things to love about this country we call home. That’s part of why you’re here, after all: You love Guanacaste but you also see summer as a chance to explore further afield. Because this is the season to load up the car and take advantage of long weekends, to step outside the familiar and road trip as a family, while your kids are still willing.

And so, from the wildly rugged to the off-the-grid, from puffing volcanoes to Afro-Costa Rican culture,from endangered wildlife to coral reefs, from indigenous communities to adventure hotspots, here are four Costa Rica destinations that promise adventure, inspiration, cultural awareness, and forever memories for your family this summer:

Discover Tigers and Bears and… Tapirs? Oh, My! 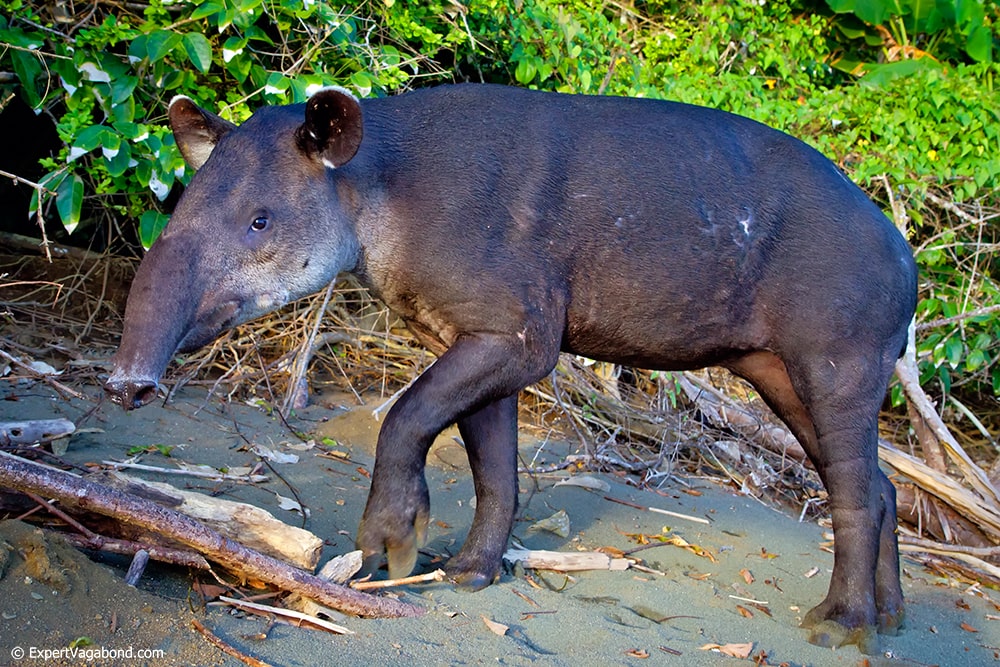 "Bairds Tapir, Costa Rica" by The Expert Vagabond is licensed under CC BY-NC-SA 2.0

Here’s a fun cultural fact: Did you know that Costa Ricans often refer to jaguars (Panthera onca) as tigres, or tigers? And here’s another: In Spanish, anteaters are known as osos hormigueros, or “anthill bears.” (Spot one in the wild and you’ll immediately see why!)

And so, when you and your family want to put eyes on tigres and osos in Costa Rica, we recommend booking a trip to the Osa Peninsula, one of the country’s last remaining wild frontiers and National Geographic’s “most biologically diverse place on earth.” It’s a jungle out there, literally!

Located at the southern tip of the Pacific Coast, the Osa Peninsula and its famous park, Corcovado National Park, are one of the most beloved Costa Rica destinations. Still almost completely rugged, this rainforest-swathed peninsula is home to mangroves and dense primary forest, former gold mining towns and gorgeous Pacific coastline.

Go Off the Grid & Into Rural Costa Rican Life

Treat your family to rural and authentic Costa Rica with a completely off-the-grid experience, which you can find at many rural destinations throughout the country.

From ranches and lodges to cabins and family farms, Costa Rica’s rolling countryside, coffee fields, and savannah ranch land still house many of these off-the-grid (or mostly so) rural opportunities to learn about what life was like in Costa Rica, half a century ago.

Create that perfect blend of family time and wonder – the kind of Costa Rica weekend getaway that makes everyone forget they even have smartphones. That’s because your time will be spent swimming in clear mountain rivers, horseback riding through scenic meadowland, milking cows, and dining on the hearty Costa Rican fare that has sustained the country’s agricultural workforce for centuries.

Of course, this kind of experience is about more than just what you do; it’s about your family’s experiences. Because there’s so much to enjoy about temporary off-the-grid living, like dining to the glow of candlelight, having time for heart-to-hearts, and simply enjoying the beauty all around you, no distraction in sight. For a few magical days, it feels like you’ve stepped into another century! 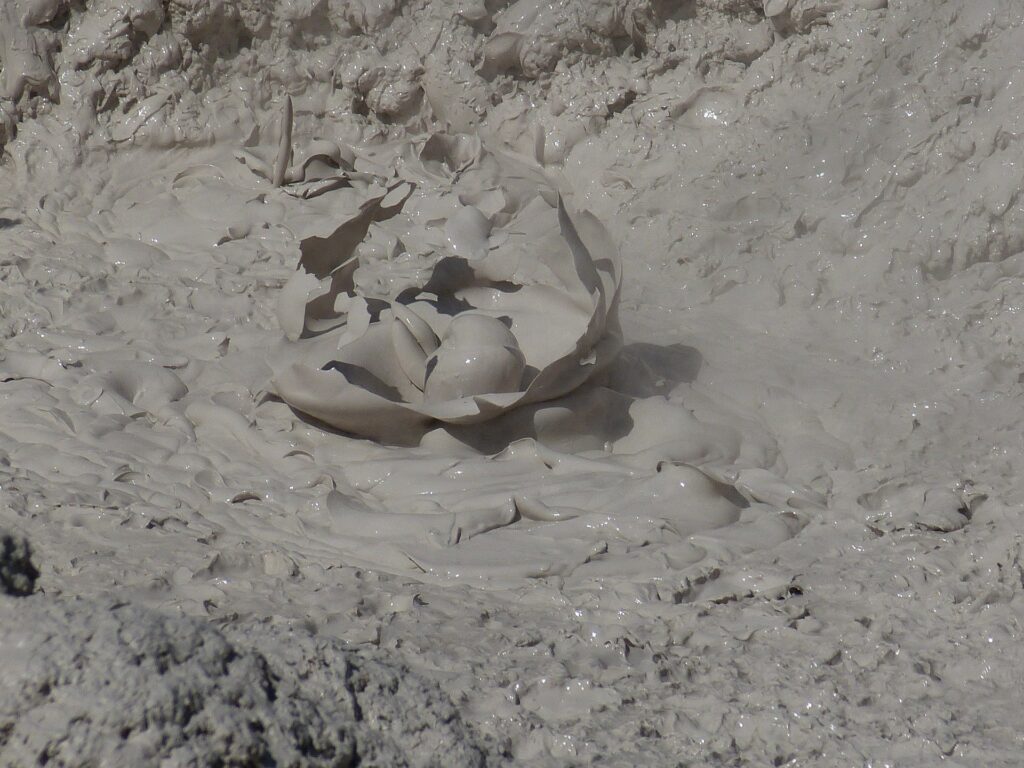 If your kids have been bugging you to do something really adventurous, then it’s probably time to get up close and personal with Rincón de la Vieja National Park!

You can’t go wrong at the park’s beloved Las Pailas sector, which offers up boiling mud pots, a volcancito, steaming fumaroles, seasonal waterfalls, and other incredible sights, courtesy of the park’s namesake volcano. From first-hand experience, we can say that this is as much jaw-dropping wonder as we’ve ever seen packed into one single trail!

And, though you could visit RdlV National Park as a daytrip (it’s <73 miles from CRIA), we’d recommend settling in for at least a weekend visit. Many lodges pepper the slopes that surround the volcano – technically, 9 separate but contiguous craters that, together, form the largest volcano in the Guanacaste Mountain Range – and create an adventure hotspot in Guanacaste.

Here, you’ll find everything from hiking and horseback riding to canopy ziplines and whitewater rafting, from canyoning and mountain biking to night tours and hot springs soaks. This is truly a one-place-to-delight-everyone destination – read: you can minimize, if not completely eliminate the whining and bickering – and a completely new side of our beautiful Guanacaste province.

We admit: It’s a hike. The drive from Tamarindo to the southern Caribbean (think: Cahuita south to Manzanillo and Punta Uva) is about 9 hours. But oh, are those hours worth it.

Let’s start with this: Did you know that the southern Caribbean is home to the world’s largest Jamaican diaspora, after Cuba and Panama? It’s part of the region’s modern history, which began when the Spanish Conquistadors brought slaves to Costa Rica to work in agriculture. Centuries later, in the 1870s, the first Jamaicans arrived to work on the railroad.

These enslaved and then immigrant populations retained much of their home cultures – in part, because local segregation laws restricted Afro-Costa Ricans to Limón province until 1949 – and today, the province of Limón still feels like a cultural melting pot (often, literally; the limonense or Caribbean cuisine is famous!). And so, while Limón province is one of wonder and natural beauty, it’s also a cultural exploration, thanks to the indigenous, Afro-Caribbean, and other immigrant populations that make their home here.

Once (and still, to a degree!) a coastline dotted by fishing villages, the Caribbean is undoubtedly one of those oh-so-special Costa Rica destinations: Here, where the sunrise welcomes the day and scents of coconut waft on the breeze, the Caribbean welcomes visitors to a new side of Costa Rica.

For this is where the native Bribri and Cabécar live, where Afro-Latino culture flourishes, and where visitors snorkel the coral reefs and surfers pay homage to epic waves. It’s an oceanfront national parkand white- and black-sand beaches. It’s dolphin watching and traditional chocolate making, treehouses and Afro-Costa Rican traditions. It’s a little bit of everything and your family is going to love it.

Educational & Memorable: Inspire a Love of Learning at CRIA

One of the greatest things about living where we do is the astonishing, natural, and organic learning opportunities all around: It seems that everywhere we go and every sight we see, there’s always something that instills wonder and inspires CRIA students to put down their phones, look up, and just observe the great world around them.

And that’s what these Costa Rica destinations are all about: taking the time to explore as a family, make memories, and help your children find their inspiration, their interests, and their passions, just like we do at CRIA.