You may have heard that Costa Rica marine life is incredibly biodiverse, but do you know just how biodiverse it is?

In point of fact, nearly 7,000 marine species swim Costa Rican waters, representing a full 3.5% of all marine life in the world. That’s right, in the entire world. All, in a country smaller than West Virginia. (May we never cease to be impressed by this incredible country!)

What’s more, marine biologists and other experts hypothesize that there are likely hundreds of thousands more species awaiting discovery and documentation. Could you or your children be the next diver or snorkeler to snap a photo of heretofore undiscovered Costa Rica marine life?

While we can’t answer that question, we can share a few of our most breathtaking, jaw-dropping, adrenaline-inducing, bucket-list species that you can spot right here, in our Pacific waters. Welcome to your own backyard.

For simplification and classification purposes, this post will stick to marine reptiles. Our mammalian friends, including Costa Rica’s whale and dolphin species, will be featured in a future post!

And now, your underwater wonders: 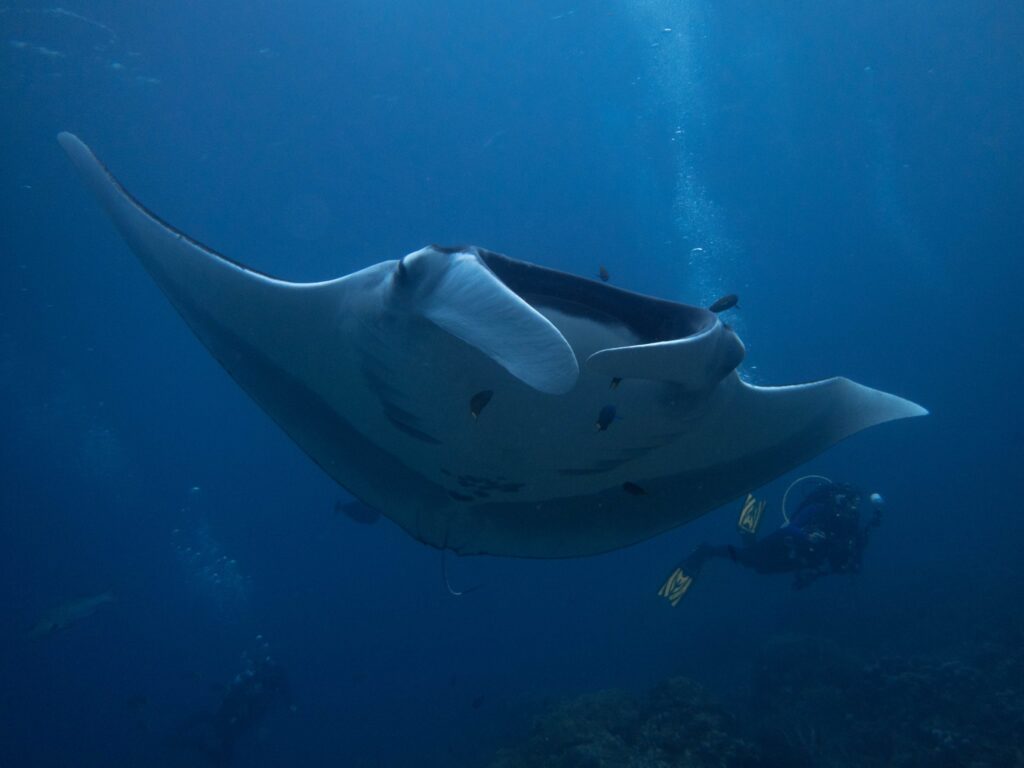 We might be about to blow your kids’ minds, but did you know that, as elasmobranchs, rays and sharks are very closely related? That said, ray fossils date back 200 million years earlier than sharks and, in fact, these magnificent creatures are thought to have evolved from flattened shark species!

Here are seven ray species you can find off Costa Rica’s Pacific coast: 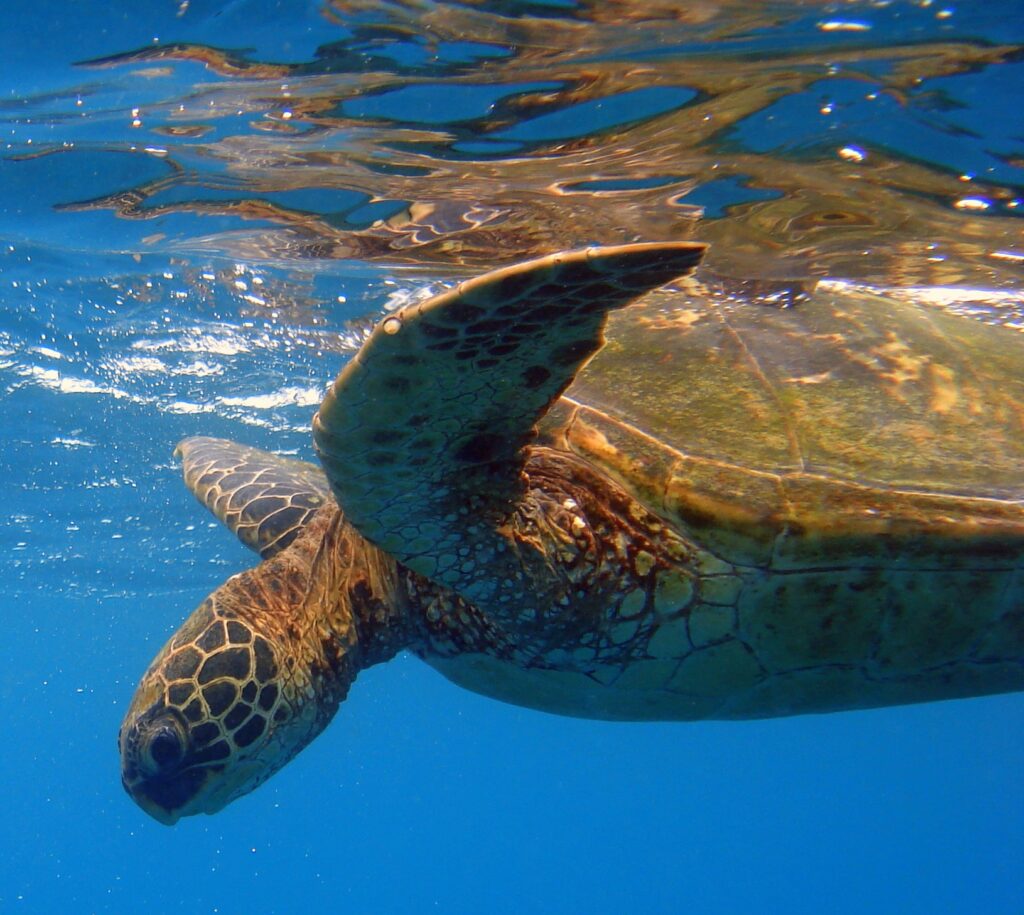 "The Green Sea Turtle" by rexb is licensed under CC BY-NC-SA 2.0

Sea turtles are one of Costa Rica’s most iconic sights – and one that most people only spot onshore, when the turtles are nesting or their babies are hatching! That said, sea turtles are common sightings for Guanacaste snorkelers, divers, and boaters. See which ones you can spot! 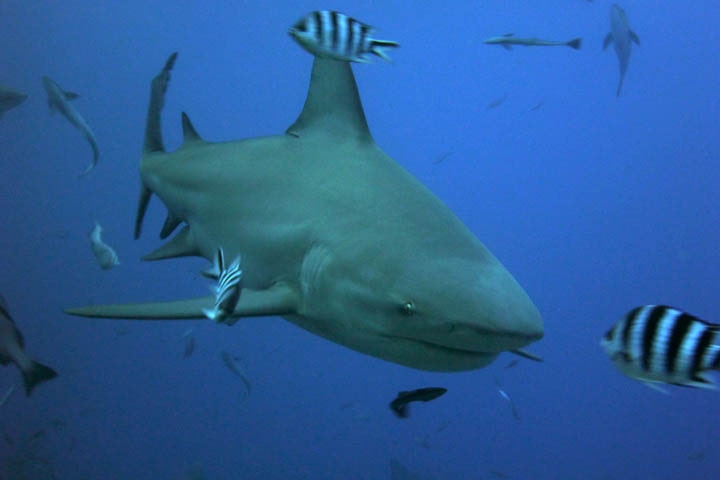 "Bull shark" by Daniele Colombo is licensed under CC BY-NC-SA 2.0

Did you know that sharks have an incredible six senses, which help them navigate the ocean’s depths? These include smell, sound/vibration, touch, sight, taste, and electroreception, which is the ability (a superpower, almost?) to detect the earth’s electromagnetic fields. (Electroreception can be used, for example, to detect the electromagnetic field of hidden or unseen prey.) 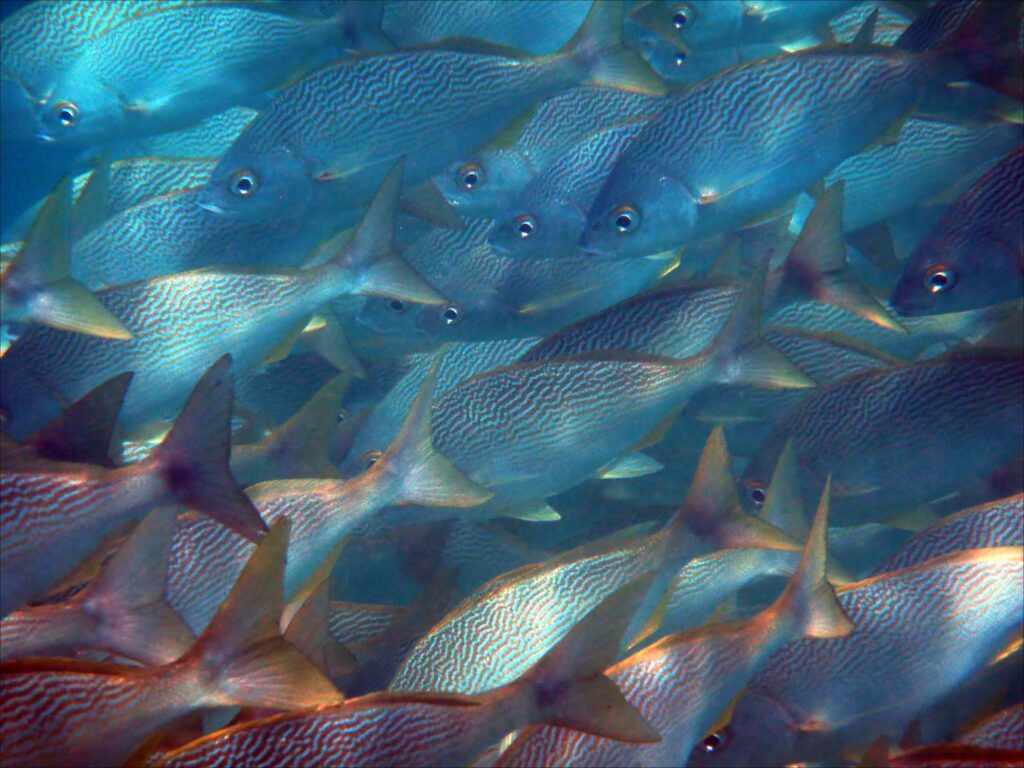 "School of grunts" by Cocoabiscuit is licensed under CC BY-NC-ND 2.0

Scientists like to estimate low and then be surprised by big – and even so, they’re comfortable stating that Costa Rica’s Pacific waters house an incredible 800+ fish species.

There’s no way we can list them all, so we thought we’d give you a quick rundown of the flashy biggies: angelfish, boxfish, damselfish, parrotfish, puffer, seahorses, scorpionfish, surgeonfish, triggerfish, trumpetfish, and wrasse are some of the incredibly colorful and eye-catching species you may find beneath the surface.

An Educational Place to Call Home: Inspire a Love of Learning in Costa Rica & CRIA

If you’re reading this, it’s safe to say that you probably live in Costa Rica, at least in part, because of the country’s incredible biodiversity. Every day is a learning experience and there’s always something that instills wonder and inspires CRIA students.

And that’s what exploring Costa Rican marine life can do: learn a new skill, make memories, and help your children find their inspiration, their interests, and their passions, just like we do at CRIA.